Written by Alexandre
Updated over a week ago

In some cases, you'd like to set up an approval workflow before a team is created. But before setting up your approval workflow for teams creation, we invite you to consider other policies that can help in your governance effort. These governance policies may be leveraged toward the same purpose, as approval is intended to be used:

Now that said, before describing how to define approvers at Microsoft Teams Templates level and how it's working, you need to setup Approval at the tenant level in SalesTim settings. These first steps are required as a security best practice as we're relying on Outlook Actionable Messages to get interactive teams creation approval into Outlook.

After having followed the steps described in the documentation, make sure that you have enabled Approval in Settings with the right Provider ID.

Once setup has been done at the tenant level, as an Administrator you need to:

How does it work?

Let's say a user is requesting a new team using a template that has approval enabled, he'll be able to see who the approvers are, and then once the form is submitted, in Audit Trail, that the request has been sent to Approval.

Then the Approvers are receiving the Approval Email. The approver can approve the request (and edit it if required before approval), reject it.

In case of Approval, here is the user-experience:

Then from the requester perspective, when the team request is approved, Approval step is seen as 100% in green. Then a regular team request is being launched (Berlin - Project) 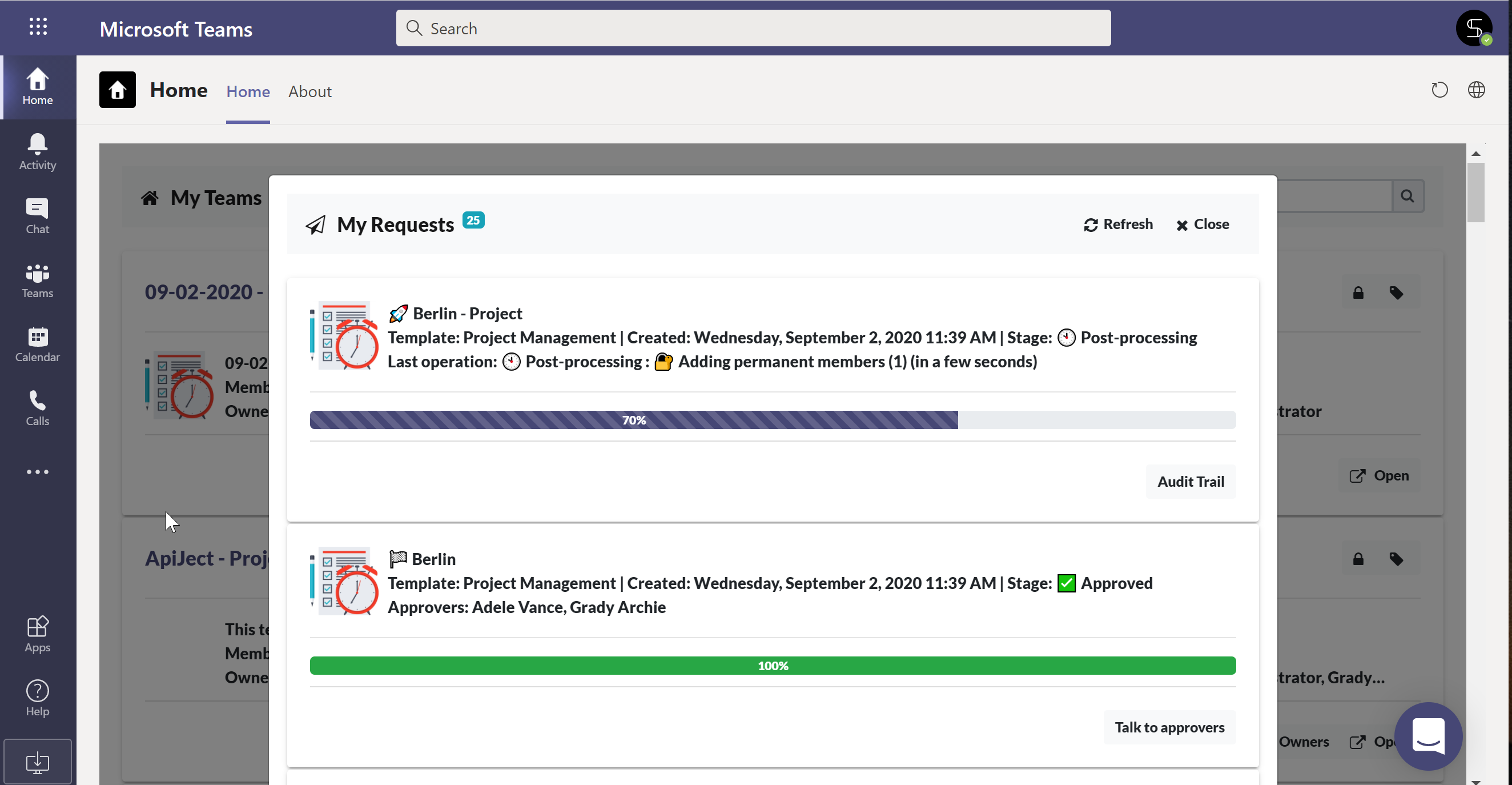 If the Team Request is rejected by the Approver:

Note that the Approver can include a comment about why this request is rejected.

The requester is then seeing that the request has been rejected with the comment.

Did this answer your question?